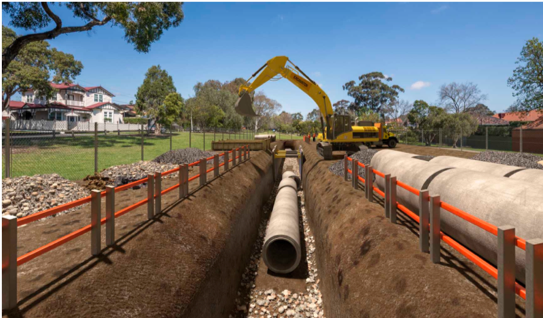 In 2006 and more recently in 2011, the suburbs of Murrumbeena and Malvern East experienced significant flooding which resulted in damage to some properties. As a result, in 2014 the Murrumbeena to Malvern Flood Mitigation Project was initiated by Melbourne Water. The project involved installing a new 1.8m diameter stormwater drain from Railway Parade in Murrumbeena to Gardiners Creek in Malvern East. The new stormwater drain collects water from heavy rainfall that flows over the streets and paved surfaces, reducing the impact of flooding to properties in the area.

Thank you! Your submission has been received!
Oops! Something went wrong while submitting the form.